Helping You Find Superior Speakers Since 2010

WELL Associates is a premier speaker resource agency. Clients appreciate the professionalism of her speakers and their areas of expertise. WELL Associate speakers incorporate the speaking methods defined by Aristotle.

WELL Associates will provide a speaker for your business or social event. We They also will train your staff in areas of communication, leadership, business ethics, health and a multitude of other topics. We will also provide a Master of Ceremonies for an social or business event.

WELL Associates is here to serve you and the needs of your company or organization.

For a list of clients and testimonials on any of our speakers email: turpenspeaker@gmail.com 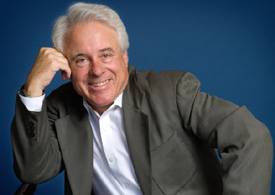 Carl Walsh is a speaker, trainer and performance coach. He has coached speakers of all types, from high school students to Hollywood personalities. He speaks to more than 100 Professional Realtor groups and Professional Associations on Leadership and Communications.

As a business professional, Carl spent 24 years in the world of Corporate Information Technology, with such organizations as The Walt Disney Company, C&R Clothiers and Smart & Final. He also served on advisory boards for industry leaders Lexmark and NCR.

Carl spent twenty years in theatre as an actor and director after graduating from London’s prestigious Royal Academy of Dramatic Art. He founded and managed one of Los Angeles’s first union-sanctioned small theatres for professional actors, receiving critic’s awards for both acting and directing.

He joins these two careers by using techniques drawn from the theatre to allow his audiences to experience the principles he discusses. 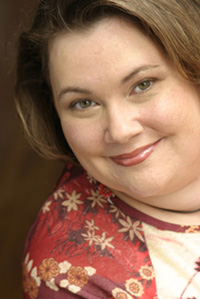 Jeanette DePatie (AKA The Fat Chick) is well-rounded in every sense of the word. Jeanette DePatie has worked for nearly two decades as a certified fitness instructor and personal trainer—helping thousands of people of all ages, shapes, sizes and abilities learn to love their bodies and love exercise. After leaving a career as a professional opera singer Jeanette went on to work in marketing, public relations and as a writer and producer.

In 2002, Jeanette moved to Southern California. She has served as a content producer for TV, Cable, broadband, web, DVD and mobile platforms. She created content for many of the major Hollywood studios and technology companies including Adobe, Disney, Fox, Google, HBO, Konami, Panasonic, Paramount, Sony, Universal, and Warner Brothers.

Aside from her work as a best-selling author and professional public speaker, Ms. DePatie has been interviewed many times on television, radio and in print by Katie Couric, NPR, Dr. Drew, The New York Times, The Wall St. Journal, Women’s Health, Women’s Running and Psychology Today.

You can learn more about Jeanette at JeanetteDePatie.com 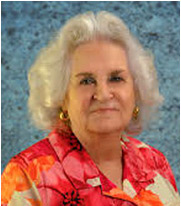 A speaker’s task is to inform, inspire and ignite others to action. As speakers we are called to focus, to fulfill and leave a footprint.

Judy will show you how to:

Gain the respect of your audience.
Demonstrate your good character by speaking.

Show the audience you are trustworthy.
Let them know you are an authority on your topic. 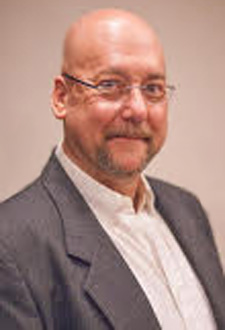 Expertise: Speaker, Teacher, Speech Coach, Energy Economist.
For more than 25 years, Michael Alexander has been helping to solve problems using the techniques he used as an expert witness to successfully explain energy economics for leading edge companies. He has shared his knowledge and techniques as a speaker, teacher and professional witness coach through hundreds of speeches that both educate and entertain.

The premise of Michael’s work is that while most people believe that for the best results, one must think “outside the box,” Michael is able to work through the problem inside and outside the box and apply his ‘free-range’ no-nonsense approach to any situation. He can simplify and explain the most complex subjects to audiences whose knowledge runs from little to expertise. His ‘free-range thinking” approach is the foundation for solving problems.

Michael’s keynote speeches cover a variety of topics related to problem solving, clear communication and revolutionary thinking. His talks are interactive, engaging and his system is easy to apply.